The End Of An Era: Goodbye BPM | PRO, Hello GIG!
#EVENTS | #BPM-PRO
Yesterday morning (Monday 23rd October) it was announced that after 11 successful shows this year’s BPM | PRO will be the last. In its place organisers Marked Events plan to launch four new shows focused on different areas of the entertainment technology industry. This will include GIG, The Professional Entertainer Show, which will replace BPM | PRO in the mobile DJ calendar as a must-attend event for seeing the latest gear, learning new ideas and networking with industry peers.

BPM started life as a DJ-focussed event back in 2007, but grew into a full-scale entertainment technology show, putting millions of pounds back into the industry and keeping visitors coming back year on year. Always developing with the markets of its exhibitors in mind, BPM | PRO has incorporated everything from high-end audio/lighting to award-nominated FX Stages.

But in light of countless industry factors and the current economic climate, organisers Marked Events now feel that the time is right to end on a high and refocus their efforts on four new shows, each aimed at differing sectors of the BPM | PRO audience.

Commenting on this new direction, Marked Events CEO Mark Walsh said, “BPM | PRO was successful, and has remained successful until the end, but I felt that our momentum was starting to drop. As we all know, times have changed; the way we market, the routes to market, and our sales channels have all gone through significant transformations over the last decade. I knew that if we continued along the same path it would be near impossible to maintain the high standards that our exhibitors and visitors have come to expect. Rather than trying to mould BPM | PRO into something it’s not, I wanted to re-group and re-focus our offerings.”

The result of this rethink comes in the form of four new shows, launching throughout 2018 and 2019, each focused on a different sector of BPM | PRO’s former market:

CLUB + BAR Technology Show – London
A Trade Show For Specifiers, Installers and Users of Sound and Lighting Equipment in Clubs and Bars.
Spring 2019

LIVE Production Show
A Trade Show for Specifiers, Installers and Users of Sound and Lighting Equipment for Stages, Tours and Festivals.
Launching Spring 2019

“This is a bold move, but one I firmly believe in,” explained Mark. “The shows will be affordable and highly focussed to the needs of the audience. By delivering a targeted visitor experience at a tangible cost we can build worthwhile events for the future.”

BPM | PRO has a been a big part of the mobile DJ industry for more than a decade, and it will be sorely missed and fondly remembered. But this move is a positive one, which will result in a new show – GIG – focused solely on the needs of gigging mobile DJs and performers. Pro Mobile will be heavily involved in the new show and we look forward to seeing you there! 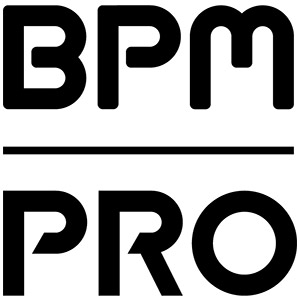