Mobile Beat Las Vegas DJ Show 2016
#EVENTS | #MOBILEBEAT
Over the past four days hundreds of mobile DJs from across America, and indeed the world, met together in Las Vegas for the 20th annual Mobile Beat DJ show. Offering a huge programme of educational content alongside an equipment exhibit area and series of networking parties, Mobile Beat is the largest event in the world dedicated solely to mobile DJs.

Taking place from Monday the 14th to Thursday the 17th of March, Mobile Beat 20 returned to the home of many of its earlier shows, The Tropicana Hotel, which has recently undergone a complete renovation. Positioned right in the heart of the famous Las Vegas Strip the show’s new home put attendees right in the thick of the Las Vegas action.

For the 20th anniversary edition of the show producer Michael Buonaccorso and Mobile Beat publisher Ryan Burger pulled out all the stops to put together a fantastic line-up for the event. This not only attracted lots of new visitors, but also many veterans who returned to the event after being absent in recent years.

Acknowledging the 20th anniversary milestone of this year’s event, the conference had a different host each day, each of whom had hosted at least one show in the past. Joining Bill Hermann, who hosted the 2015 show alongside Jason A. Jones, were veteran hosts John Rozz, Michael Buonaccorso and James ‘Lucky’ Johnson.

Spear-heading the expansive line-up of speakers was Jon Taffer from US TV series Bar Rescue who proved to be a fantastic ‘out of industry’ presenter. While not a DJ, Jon’s experience in the hospitality industry allowed him to speak with authority to the large audience of DJs offering both inspiration and practical ideas.

Other speakers throughout the four days included many who had presented at past events as well as a smattering of new blood. Randy Bartlett, Jim Cerone, Rob Peters, Joe Bunn, Tom Haibeck, John Beck, Bill Hermann, Mitch Taylor, Jason Weldon and Todd Mitchem to name just a few.

Opening on the Tuesday and Wednesday afternoons, the expo floor offered plenty of new sound and lighting gear for attendees to see, try and buy. Established brands such as ADJ, Bose, Chauvet DJ, DJ Event Planner, Peavey and Pioneer DJ, were joined by many smaller niche companies and new brands offering every imaginable product and service that a DJ may need.

Mobile Beat isn’t just about education and gear, it’s also about networking with fellow DJs from across the world as well as spending time socialising with them. Evening events this year included a welcome Pool Party and a Party Rockin’ night with Red Foo of LMFAO fame!

If you weren’t lucky enough to be able to attend the show, take a look at our 8 Highlights of Mobile Beat 2016 to get a feel for the event. 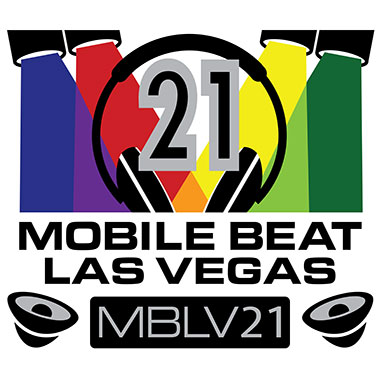