Capitalising on the success of the original Atomic 3000 DMX, which has remained popular since its release 15 years ago, Martin’s new updated version features identical functionality and behaviour but with the added benefits of modern LED technology. This means mobile DJs can utilise the same popular features and create effects of the same brightness as the Martin Atomic 3000 LED's predecessor, but with significantly lower peak-power consumption.

As well as providing mobile DJs with strobe effects that are well-suited to creating a club-style atmosphere during the evening receptions at weddings or when the party gets going at a late-night event, the lightweight Atomic 3000 LED also incorporates backlight illumination with RGB-controlled LEDs pointing into the reflector. This added feature gives users an extra way to get creative with their mobile lightshow, producing attention-grabbing effects similar to that produced by Martin’s MAC Aura and MAC Quantum Wash moving heads.

The Martin Atomic 3000 LED’s feature pack is completed by internal FX macros and the simplified reuse of HARMAN’s original colour-scroller, making the soon-to-be-released effect a significantly flexible solution for mobile DJs looking to add something more to their displays.

“The original Atomic has been the unquestionable benchmark for strobe lights ever since launching back in 2000,” said Markus Klüsener, Product Manager for Stage Lighting, Martin Professional. “Our highly skilled R&D team has managed to put together a product that perfectly capitalises on the latest technology while staying true to the strong legacy of the original Atomic. Incorporating Martin’s unique Aura backlight, lighting and production designers get an entirely fresh creative tool. The Atomic 3000 LED has all it takes to become the next industry standard.”

On the rear of the Atomic 3000 LED unit, mobile DJs have 5-pin DMX in/out connections for data-linking multiple units in order to cover a larger area or make a bigger impact on the audience. Martin has also fitted the product with standard Omega attachments on the rear of the unit as well as on the included mounting bracket, ensuring plenty of options when it comes to hanging the effect.

The Martin Atomic 3000 LED is expected to ship from late November. More information can be found on the Martin website. 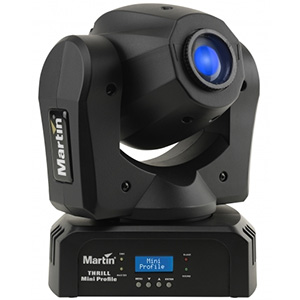 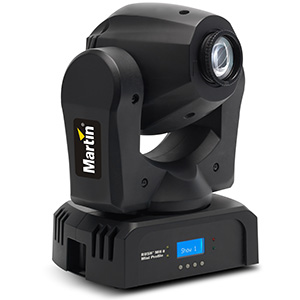 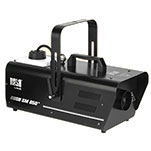 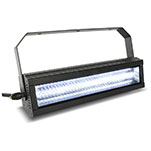 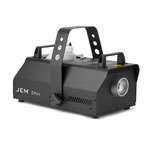