Northern Mobile DJs Gather To Learn & See New Gear
#EVENTS | #MOBILEDJSHOWNORTH
DJs from across the North of England gathered in Doncaster yesterday (Sunday the 13th of September) for the Mobile DJ Show North event organized by Mobile DJ Network. Combining educational sessions with showcases of new equipment, the afternoon was enjoyed by all of the DJs who attended.

Taking place at the Doncaster Race Course, this was the first event organized by Mobile DJ Network in the north, following two southern meet-ups (the first in 2015 and a second earlier this year). It involved product showcases from a number of leading equipment brands in a large function suite as well as a series of educational sessions taking place in a neighbouring room.

The first seminar kicked off at around 1pm, an hour before the demonstration room opened, and a good number of DJs arrived early to listen to Jack Wilson’s presentation on ‘How To Set Up Your Sound System’. The educational presentations continued throughout the afternoon with two sessions on DMX programming from Sam Hart, a talk titled ‘Meet For Success’ by Robert Griffiths and a final session on sound systems by Kevin McNally. All of the sessions were busy and well-received by everyone in attendance.

In the main demonstration room, a host of the latest mobile-DJ-focussed lighting and audio equipment was on display throughout the afternoon, with product representatives on hand to answer questions and offer advice. Northern equipment retailers Phase One (from Darlington) and Discotechnology (from Liversedge) were also in attendance with stock for visitors to buy and take away on the day.

On the lighting front, ADJ’s display incorporated the brand new Focus Spot One and Focus Spot Two compact and affordable moving heads as well as the three-in-one Stinger Star and Stinger GOBO effect lights. Meanwhile, on Prolight Concepts Group’s display the new eight-beam Gyrocopter took centre-stage, demonstrating what a big impact this small and affordable fixture can make. The Chauvet DJ team were on hand to demonstrate their wide range of DJ-focused lighting effects including the battery-powered Freedom Stick LED tubes. Lotronic International was also represented, by the recently formed UK division of the company, with a variety of Ibiza Light products on display.

Laserworld was also well represented with a variety of both impactful and affordable laser effects on display. While, across the room, Andrew Dykes was busy demonstrating his Paladin Innovations range of portable DJ booths and DJ accessories.

The inMusic area covered both audio and lighting equipment, with the latest products from Numark, Denon DJ and Marq Lighting on display. The Mastermix team were also in attendance, offering deals on their DJ Only music products, as was David Brown representing Promo Only. Of course, Pro Mobile was well represented, and the team enjoyed chatting with readers as well as signing up a few new ones throughout the afternoon.

Towards the end of the event Alan Crane from SpeedQuizzing showcased his Smartphone Pub Quiz product by hosting an interactive music quiz for both attendees and exhibitors. This proved very enjoyable and the Pro Mobile team were pleased to come in at fifth place, albeit with a much lower score than the winners who were presented with £100 worth of DJ gear vouchers (£50 from Phase One and £50 from Discotechnology).

To end the day, Mobile DJ Network’s Pete Williams hosted the raffle draw. This involved prizes donated by exhibitors and raised money for the Poppy Appeal as the event took place on Remembrance Sunday. Following the draw, Pete ended the day by thanking exhibitors and visitors for making the effort to attend and we at Pro Mobile would like to thank Pete and the Mobile DJ Network team for all their hard work in putting together the event. 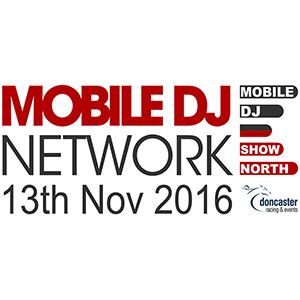