The day began with seminars, while the exhibition room opened an hour later. The first two sessions were presented by Mobile DJ Network’s founder Pete Williams, firstly explaining DMX for beginners, and then moving into a more advanced session on DMX Programming. Jono Heale from ACS then spoke about the importance of sound safety in preserving your hearing.

Next up was former SEDA Chairman, Brian Mole, who tackled the age-old topic of pricing in his talk ‘You Can’t Get That ‘Round Here’. Avtar Thethy, from exhibiting company LED Factory, was next to take the floor, explaining how his products can be used to enhance events and be used as an upsell for mobile DJs.

The final seminar of the afternoon, Sound – Cutting The Bull, presented by Kevin McNally moved location into the main exhibition room, as the other sessions had run over considerably. This meant that the visitors could listen while they browsed the exhibition stands, and also meant that Kevin could incorporate a demonstration of one of FBT’s sound systems into his presentation.

After the final seminar, a microphone was then passed round to a representative from each exhibiting company so they could introduce themselves and explain a little about what they have to offer. First up was Ian Forest from SEDA, followed by a representative from KAM, who introduced the brand’s new range of radio mics. Next was Stuart Maclennan from Subsafe who exclusively announced that a generic version of the Subsafe will soon be available without custom branding and at a much lower price.

The microphone was then passed to Andy Dykes from Paladin Innovations who talked about the latest developments in his range of portable DJ booths. Alex Taylor from DJ Event Planner was up next, before our very own editor, Eddie Short, introduced Pro Mobile magazine and explained the competition we were running at the show, where one lucky entrant would win a pair of IMG STAGELINE Spot Washes. Eddie was then followed by Ian Webster representing ADJ. Ian demonstrated a range of the brand’s latest lighting products including the new Ninja 5RX which was shown for the first time in the UK and generated lots of interest. Finally, for the first session, it was the turn of Guy Napthine and Mark Parkhouse of FBT. This comprehensive showcase involved Mark playing a selection of tracks on four different systems from across the brand’s range, while Guy spoke on the mic to explain the key features of each system.

A short break followed, which gave visitors the chance to head out to the car park and try their hand at riding a mechanical bull! Mobile DJ Network’s Robert Griffith was the first to give it a go, before a number of visitors and MDJN helpers tried it for themselves.

Back in the main room, NADJ chairman Alan Marshall was the first on the mic in the second half, followed by Alan Leach who explained the unique wireless trivia system offered by Speed Quizzing. The first retailer of the night - DJ Dealer - was up next, followed by Denis Phoenix from Laserworld UK. Denis demonstrated a selection of laser products and also explained that the company will now also be distributing the Athletic range of stands and trussing as well as Road Ready portable staging.

Bert Harding from Prolight Concepts went next, showing off some of the new products about to join the Equinox range – including a mini-moving head and multi-beam effect – that are incredibly affordable. Avtar Thethy from LED Factory was the penultimate exhibitor to take the mic and then, last but not least, it was the turn of the other retailer at the show – DJ Superstore.

As the day drew to a close, it was then time for the drawing of the raffle, which featured prizes donated by all the exhibitors. Finally, the event ended with a DMX-controlled lightshow programmed by MDJN’s Pete Williams.

Events like this are a fantastic opportunity to put names to faces and receive feedback about the magazine in person. We at Pro Mobile had a great day out, both meeting our existing readers and signing up some new ones! 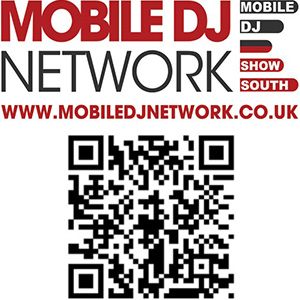