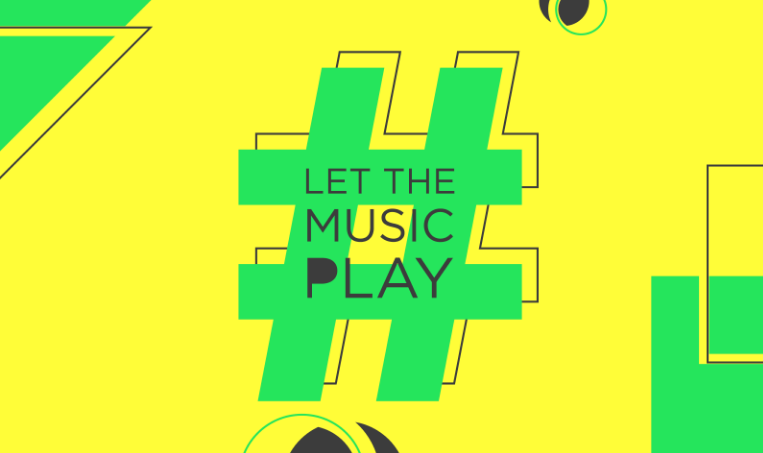 LET THE MUSIC PLAY
#MUSIC
UK live music has been one of the UK’s biggest social, cultural, and economic successes of the past decade. But, with no end to social distancing in sight or financial support from government yet agreed, the future for venues, concerts and festivals and the hundreds of thousands of people who work in them looks bleak.

Like other countries such as Germany and Australia, we need the Government to help the music industry, which contributes £5.2 billion to the economy annually and sustains almost 200,000 jobs to ensure it remains world-leading following the damage caused by this pandemic.

Until these businesses can operate again, which is likely to be 2021 at the earliest, government support will be crucial to prevent mass insolvencies and the end of this world-leading industry.

On July 2nd 2020, UK Music and members of the UK Live Music Group, alongside a coalition of live music businesses including artists, venues, concerts, festivals, production companies and industry figures launched a campaign, Let The Music Play, to highlight the importance of the sector to the UK’s economy.

What we are doing?

Artists across the industry such as Ed Sheeran, Dua Lip and Paul McCartney have joined together to sign a letter to Culture Secretary Oliver Dowden calling for support. Read the letter here and the full list of names here.

What can you do?

1. On Wednesday 8 July Chancellor of the Exchequer Rishi Sunak MP will deliver a Summer Economic Update.
2. Please write to your local MP and ask them call on the Chancellor to support Let The Music Play.
3. Support the campaign on social media with #LetTheMusicPlay.

• The core live music industry stands to lose at least £900 million if it remains closed for the rest of 2020.
• An estimated 30-50% of the live music industry’s workforce are facing unemployment, leading to a catastrophic loss of skills.
• The UK is home to the most popular arenas in the world, yet they are set to lose five million visitors due to COVID-19.
• Music festivals support 85,000 jobs, but with the entire summer cancelled, many are currently facing collapse with 59% redundancies expected across the sector without further support.
• 90% of grassroots music venues are under threat of closure. We are supporting the Music Venue Trust’s call for a £50 million cash injection to ensure vital parts of the music industry do not go out of business.
• The core live music industry generates £1.1 billion to the economy and impacts other parts of the economy including tourism to the tune of £4.5 billion.
• Musicians earn an average of £23,000 a year, well below the national average. Their income is under further threat due to the cancellation of live music because performances represent a major of income for musicians, composers and songwriters.
• Live music needs VAT relief on future ticket sales. It would save the live music industry up to £300 million each year and hugely help in its recovery.
• Music plays an important role to the economy. UK concert-goers spend almost double on live music events than those in France and Italy combined.
• The UK live music industry is the second biggest in the world but is at risk of falling behind. Following COVID-19 the German government has provided €150 million to its live music industry.
• The UK is host to the world’s biggest and most famous greenfield festival – Glastonbury and the world’s most successful ticketed venue – The O2. Every year almost 30 million music fans attend thousands of festivals, arenas, concert halls and grassroots venues.
• Live music events have a profound impact on local economies – Glastonbury generates £100m a year for local businesses and charities. Ed Sheeran’s 2019 gigs at Chantry Park generated £9m for the Ipswich economy.
• The Government’s Job Retention Scheme has provided short term relief to the many live music businesses and employees yet plans to wind down the scheme risk putting livelihoods at risk without further support.
• If the UK Government does not provide timely and well-targeted support to the music sector, the industry will lose core physical infrastructure, as well as musical talent technical sills, which will be impossible to replace, even if the industry is able to return to economic viability post-Covid-19.