Based around two independently rotating heads, each generating four separate beams, a single Gyrocopter is capable of creating an impressive amount of movement and colour. Each head offers continuous 360-degree rotation, in either direction, while the central panning base offering 540-degrees of rotation.

With extremely compact dimensions of 340mm x 210mm x 175mm, and a low weight of 3.9kg, the unit it ideal for use by mobile DJs. It is fitted with rubber feat to allow floor-standing operation and is also supplied with a quick-release omega clamp to allow hanging from a truss or goalpost system.

Capable of standalone operation, either at a set speed or triggered by the beat of the music, the Gyrocopter can also be controlled via DMX using a choice of 6/14/19 or 20 channels. A simple four-digit LED display on the front panel, together with four push buttons, allow easy mode selection and DMX addressing.

Commenting on the release of the Gyrocopter, Bernie Marsh, General Manager for the Prolight Concepts Group, said: “The compact, lightweight Gyrocopter produces room-filling beam effects and is loaded with features, offering lighting users a new way to add dynamic effects to their light shows!”.

The Equinox Gyrocopter is available now from DJ equipment retailers across the UK and Ireland with an SSP of £239. 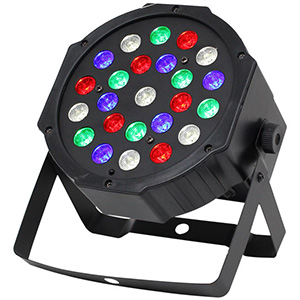 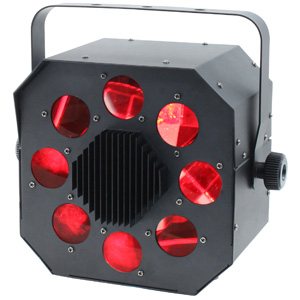 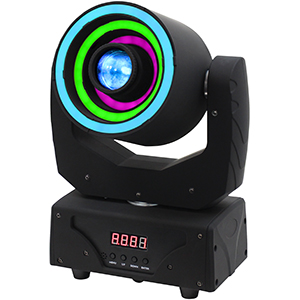 The New Equinox Moving Head Is Out Of This World!
Read